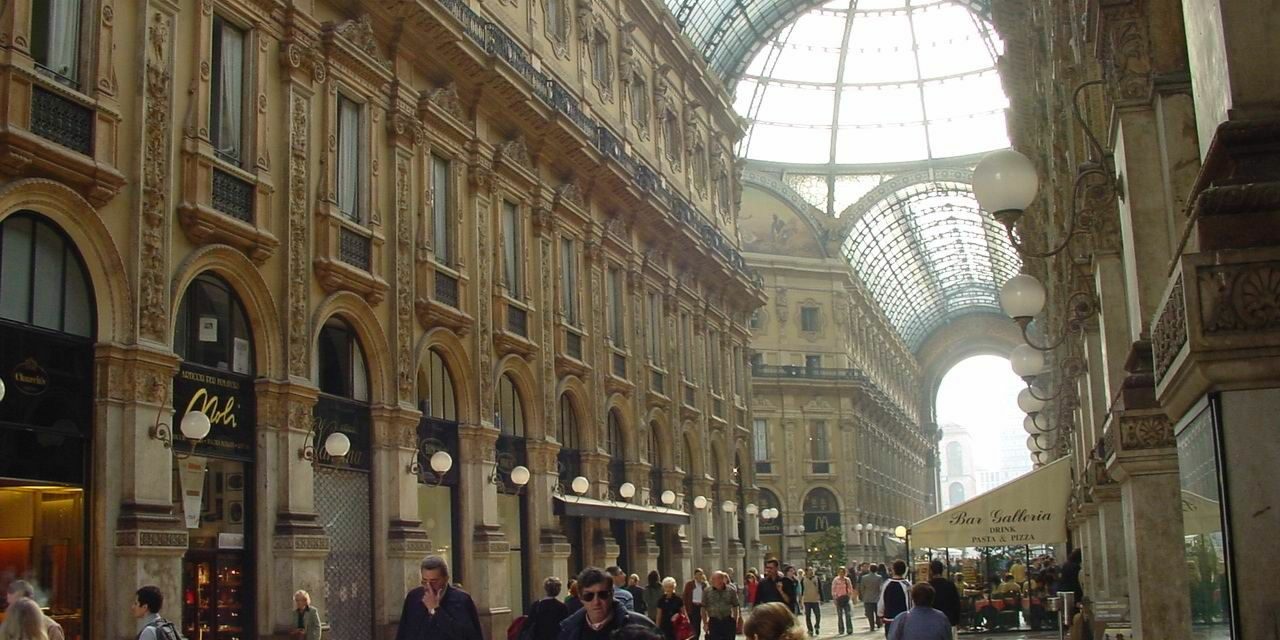 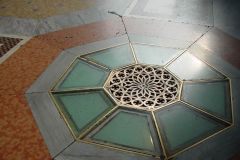 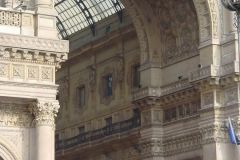 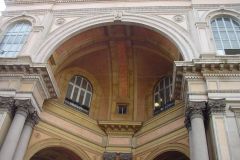 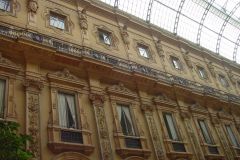 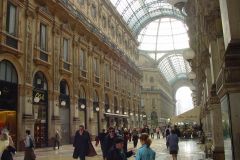 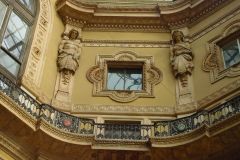 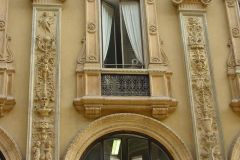 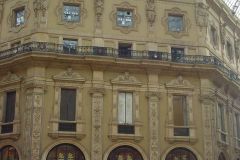 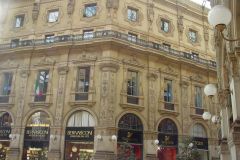 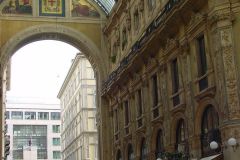 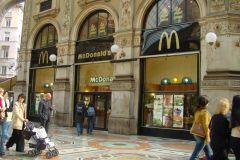 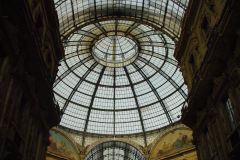 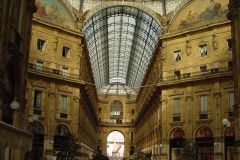 The street is covered over by an arching glass and steel roof, thus giving it a claim to be the world’s first
shopping mall. The four storey arcade includes elegant shops selling most things from ‘haute couture’ to
books, as well as restaurants, cafes and bars. 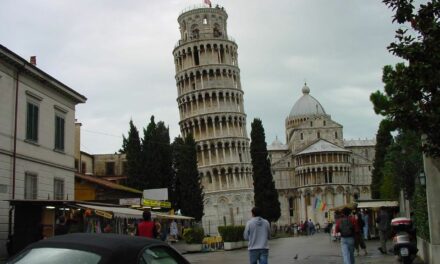