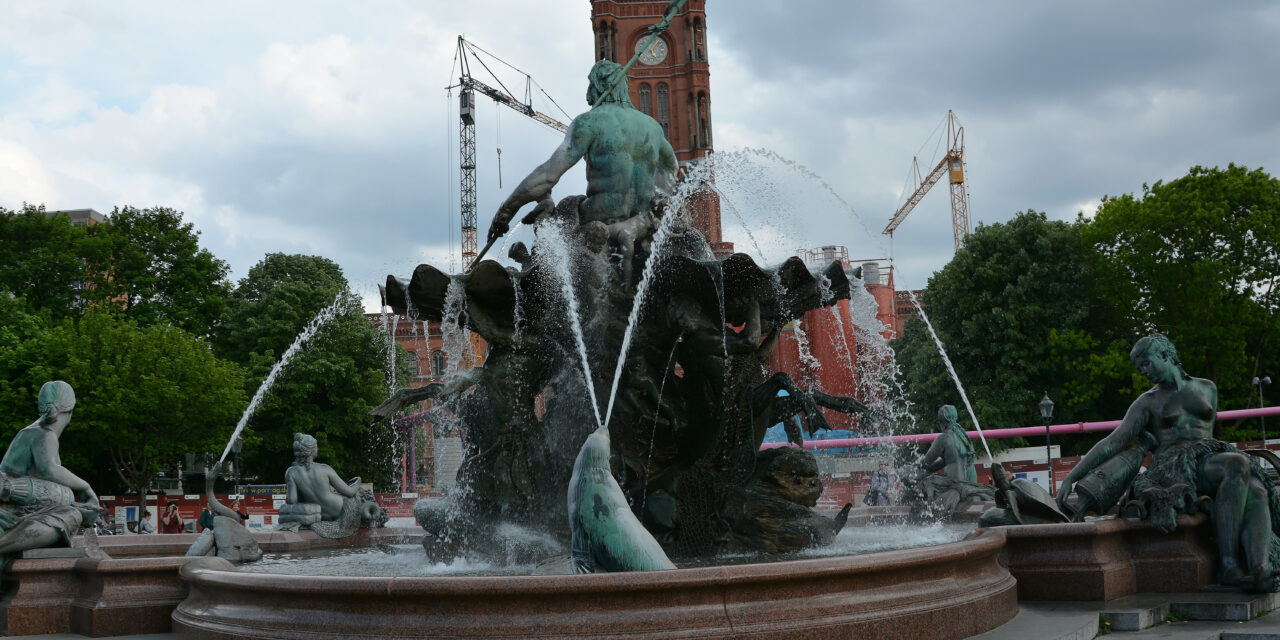 The Neptune Fountain in Berlin was built in 1891 and was designed by Reinhold Begas. The Roman god Neptune is in the center. The four women around him represent the four main rivers of Prussia at the time the fountain was constructed: the Elbe (with the allegorical figure holding fruits and ears of corn), Rhine (fishnet and grapes), Vistula (wooden blocks, symbols of forestry), and Oder (goats and animal skins). The Vistula is now entirely in Poland, while the Oder forms the border between Germany and Poland.