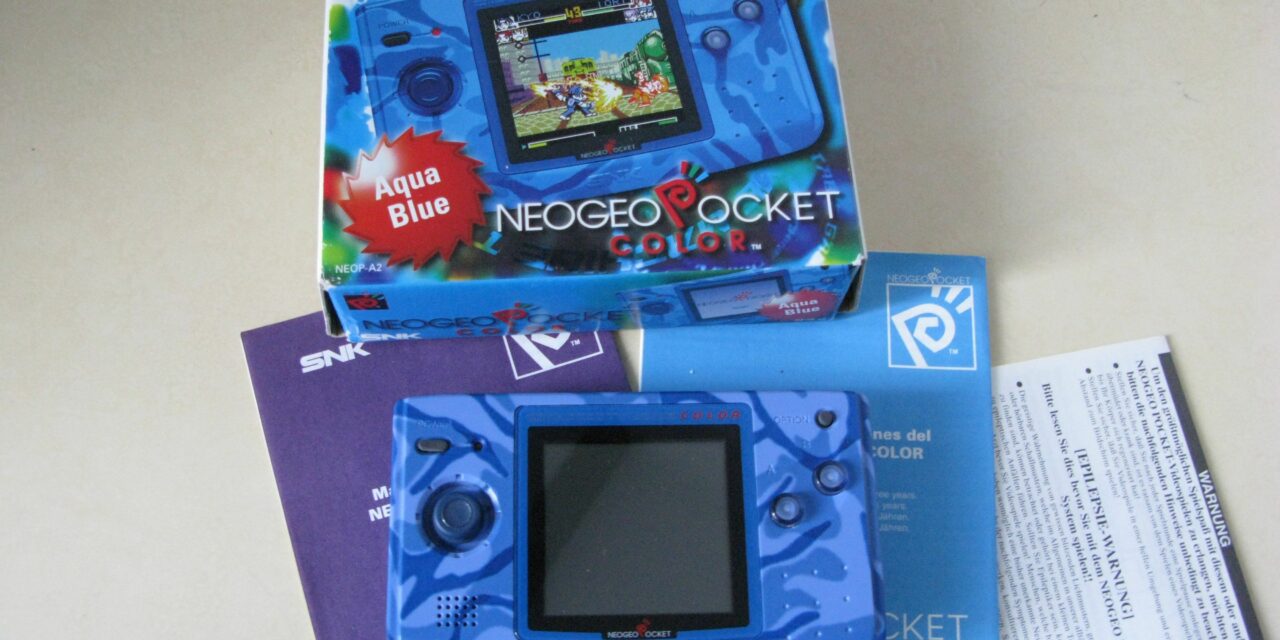 I did buy these 2 color hand held Neo-Geo pocket color on www.ebay.fr When I start playing with the SNK Neo Geo back in 1991 (till 2000), I was never thinking of buying one of these Neo-geo Pocket Color. I am now trying to complete my collection of SNK Neo-geo stuff

The Neo-Geo Pocket Color or Neo-Geo Pocket Colour in the UK (shortened NGPC) was released on March 16, 1999 in Japan and was released in the United States on August 6, 1999. It was a 16-bit color hand held game console designed by SNK, the makers of the Neo Geo home console and arcade machine. It came after SNK’s original Neo Geo Pocket monochrome handheld, which debuted in 1998 in Japan. In 2000, following SNK’s purchase by Japanese Pachinko manufacturer Aruze, the Neo Geo Pocket Color was dropped from both the United States and European markets. It did, however, last until 2001 in Japan.

Before SNK was bought out, the Neo Geo Pocket Color was being advertised on US television and units were being sold nationally in Wal-Mart, Best Buy, Toys “R” Us, and other large retail chains.

Remaining stock was bought back by SNK for repackaging in Asia. In June 2000 SNK of America (and Europe) tried recalling most of the back-stock of systems and games to be flashed and re-sold in Asia where the system would continue to be sold and supported. Some of the back-stock of US NGPC hardware and software started showing up back on the marketplace in the US and Asia in 2003. These units frequently appeared bundled with six games stripped of their cases and manuals. Two games often included, Faselei! and Last Blade were never previously released in United States, meaning that they have no US-localized box or manual; however, these titles did receive a European release, incorporating an English translation.

The system enjoyed a greater success than any Game Boy competitor since Sega’s Game Gear. However, it was hurt by several factors, such as the Neo Geo heads’ (the Barone family) notorious lack of communication with third-party developers, the success of the Game Boy Color and the Pokémon franchise, and anticipation of the Game Boy Advance.

The system has an on-board language setting, and games display text in the language selected (provided the cartridge supports that language). Other settings can be set on the handheld such as time and date, and the system can provide customized horoscopes when one’s birth-date is entered.

Cables for linking multiple systems were available, as well as a cable to connect the NGPC and the Sega Dreamcast.

Officially licensed SackBoys (and SackGirls) plush will be available soon!