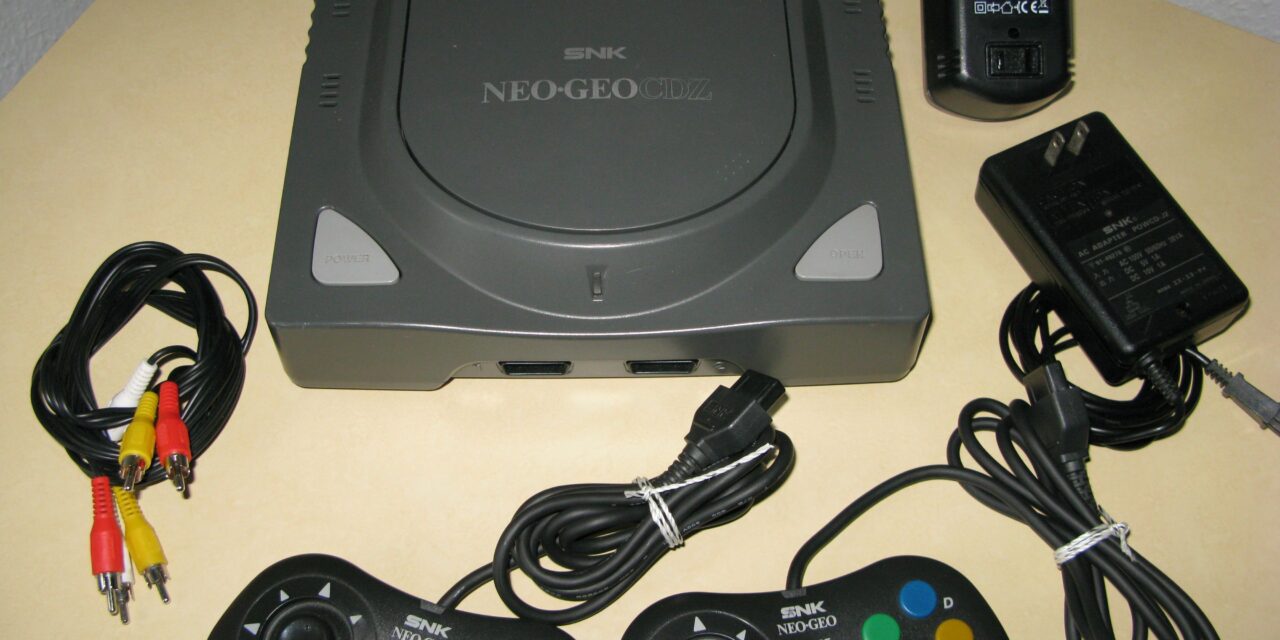 The CDZ was released in 1996 as the Japanese market replacement for SNK’s previous efforts (the “front loader” and the “top loader”). The Neo Geo CD had met with limited success due to it being plagued by slow loading times that could vary from 30 to 60 seconds between levels, depending on the game. Although SNK’s American home entertainment division quickly acknowledged that the system simply wasn’t capable of competing with 3D-capable powerhouse systems of the day like Sega’s Saturn and Sony’s PlayStation, SNK corporate of Japan felt they could continue to maintain profitable sales in the Japanese home market by shortening the previous system’s load-times.

Popular speculation suggests that SNK made several changes to the CD hardware to end up with the CDZ, most prominent is the rumor that they increased the CD-ROM drive speed from 1x to 2x. The truth of the matter is that the CDZ had a larger amount of cache. Though the CD-ROM motor in the CDZ may have been more efficient than the one in the original, it was still a 1x speed CD-ROM.

The console had a design flaw which sometimes caused it to overheat after certain periods of time, breaking the console in the process and making it hard to repair. This was a result of a lack of ventilation in the cramped housing of the smaller unit and the inability to dissipate heat generated by the newer drive, which could damage the circuit board.

The CDZ was only officially sold in Japan during its production. However, its lack of a “region lock,” and the fact that it could play older CD software, made it a popular import item for enthusiasts in Europe and North America. Today they can be found sporadically on the internet, especially through auction sites such as eBay.

In addition to the multi-AV port all Neo Geo CD models had composite RCA A/V and S-Video out jacks on the rear of the console.

The CD system’s 58 Mbit / 7 MB of RAM was split accordingly:

Bought on eBay with 21 CD games.