I use Canton Ergo speakers in a 7:1 speaker setup. It use  4 surround speakers:

The other three are normal

Canton has begun shipping its newly redesigned Ergo series of loudspeakers (Note it was in 2005). The line features completely new drivers and crossover networks incorporating technological advancements developed for the recently introduced Vento line, as well as the most significant improvements in the line’s cabinet design in over 20 years. The Ergo line includes a trio of three-way floor standers, three compact two-way models, a 2-1/2 way center channel, and a dramatically improved 350 Watt powered subwoofer.

“The Ergo line has long represented the most conservative aspects of Canton’s design philosophy,” remarked Canton’s head designer Frank Göbl. “This marks the most significant evolution the line has seen in the past 20 years, incorporating the lessons learned and new techniques we have developed over the past decade in all aspects of loudspeaker design. The result is the embodiment of classic Ergo sensibilities – just better.”

All of the full range models in the Ergo line employ the newest evolution of the company’s highly regarded ADT-25 aluminum-manganese dome tweeter. The most significant change to the driver from previous versions is the new flared transmission front plate, which delivers improved high frequency dispersion and off-axis linearity, and increases driver efficiency by 2- to 3- dB overall. As with the earlier tweeters in the Ergo line, the revised ADT-25 employs Canton’s signature one-piece aluminum-manganese dome and voice coil former. This arrangement provides superior high frequency performance and heat dissipation when compared to conventional two-piece designs. Additionally, the driver features an improved surround design that leads to reduced distortion and less susceptibility to break-up modes. The end result of all of these refinements is to extend the tweeter’s effective operating range all the way out to 40 kHz while simultaneously decreasing distortion.

All of the bass and midrange drivers in the Ergo line feature extremely stiff and lightweight black anodized aluminum cones for optimum response characteristics. The drivers are the same as those developed for the Vento series, including redesigned motor systems, newly developed sinusoidal surrounds, and improved spiders. These refinements led to a 60- to -100 percent increase in excursion capabilities, and a 6- to -9 dB increase in deep bass output for all Ergo bass and midrange cone drivers.

The new Ergo line also incorporates the most significant change in cabinet design the line has seen in over two decades. The front baffle of all the models now incorporates a gentle curve across the face of the speaker. This design not only enhances the appearance of the series, it also dramatically reduces deleterious edge effects for improved off-axis dispersion characteristics and linear frequency response. Additionally, the floor standing models in the line now incorporate an additional bottom plate that improves isolation from the floor. The increased structural support of both the baffle and the bottom plate also serves to further reduce cabinet resonance.

Lastly, the three floor standing models in the Ergo line each employ Canton’s exclusive Displacement Control (DC) technology, which uses a proprietary high-pass filter to prevent signals below the audible frequency range from interfering with the bass driver. In conventional speakers, these signals can generate high levels of unwanted harmonic distortion in the audible lower bass range, causing a muffled or “blatty” tonal quality. DC technology allows the speakers to provide clear, linear bass reproduction at much lower frequencies than could otherwise be attained.

All of the models in the Ergo line are currently available in the company’s stunning silver lacquer finish, or in real wood veneers of beech, cherry, or black ash. Grills are made of acoustically transparent perforated metal in either black or silver, depending on cabinet finish.

These three-way bass reflex floor standing models feature extremely broad and linear frequency response, making them ideal for use either as full-range speakers in a dedicated stereo system or as front speakers for home theater. The Canton Ergo 611 DC features two 9-inch Aluminum cone woofers, while bass reproduction in the smaller Ergo 609 DC (pictured) is handled by a pair of 8-inch woofers. Both models include the same 7-inch aluminum midrange and 1-inch tweeter used throughout the line. There are gold-plated bi-wire/bi-amp connections for a variety of amplifier setups. The Ergo 611 DC and 609 DC have suggested retail prices of $4,000 and $3,200 per pair, respectively.

I use them as front left/right speakers. I did not bought the 611 DC model.

This three-way floor standing speaker is the smaller cousin of the 611 DC and 609 DC, using one 7-inch aluminum cone for bass and another for midrange duties. It maintains the broad frequency response characteristics of the larger models in a smaller cabinet, and functions extremely well as a stereo pair or as the front left/right pair in a medium sized theater room. All other features are the same as the 611 DC and 609 DC. The Ergo 607 DC has a suggested retail price of $2,400 per pair.

I use them as surround rear left/right speakers.

This bass reflex compact loudspeaker features a pair of two 7-inch aluminum cone drivers flanking a single tweeter in a horizontal arrangement. It employs a Canton-designed 2-1/2-way crossover circuit to prevent the poor dispersion characteristics that plague most horizontal dual woofer center speakers, and it is magnetically shielded for use as the center channel in a home theater system. The Canton Ergo 605 CM has a suggested retail price of $1,000 each.

I use it as center speaker.

The Ergo 601 employs the same driver complement as the Ergo 602, but in a cabinet that is less than 4 inches deep, making it suitable for mounting on a wall. The Ergo 601 has a suggested retail price of $1,000 per pair.

I use them as surround left/right speakers

The Ergo AS 650 SC subwoofer represents the most significantly changed model in the new lineup. Its 12-inch high excursion driver is the first Aluminum cone the company has ever developed for use in a subwoofer. The woofer features dramatically extended excursion capacity thanks to improved suspension, motor assembly, and a new sinusoidal surround. To make full use of these capabilities, it employs a powerful ICEpower® digital amplifier capable of producing over 350 Watts of power. These improvements all add up to an increase in deep bass output of 6-9 dB and a low frequency extension to the very bottom of the audible range. The AS 650 SC has a suggested retail price of $2,000 each.

What I did not buy

These compact two-way bass reflex speakers are designed to be equally at home on a shelf or in conjunction with the optional Canton LS 600 stand. The Ergo 603 uses a single 8-inch aluminum cone for the bass, while the Ergo 602 (pictured) employs a 7-inch version. Both speakers feature gold-plated bi-wire/bi-amp connections to accommodate a variety of amplifier setups. The Ergo 603 and 602 have suggested retail prices of $1,600 and $1,400 per pair, respectively. A Passive Cooling for Raspberry Pi 4 Should’t We open a museum of PC case? 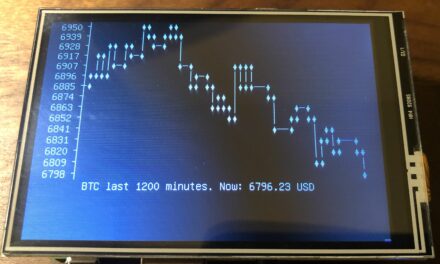